Insecticides linked to serious harm in bees could be banned from use on flowering crops in Europe as early as July, under proposals set out by the European commission on Thursday, branded "hugely significant" by environmentalists. The move marks remarkably rapid action after evidence has mounted in recent months that the pesticides are contributing to the decline in insects that pollinate a third of all food.

Three neonicotinoids, the world's most widely used insecticides, which earn billions of pounds a year for their manufacturers, would be forbidden from use on corn, oil seed rape, sunflowers and other crops across the continent for two years.

It was time for "swift and decisive action", said Tonio Borg, commissioner for health and consumer policy, who added that the proposals were "ambitious but proportionate".

The proposals will enter EU law on 25 February if a majority of Europe's member states vote in favour. France and the Netherlands are supportive but the UK and Germany are reported to be reluctant.

"It's important that we take action based upon scientific evidence rather than making knee-jerk decisions that could have significant knock-on impacts," said the environment secretary, Owen Paterson. "That's why we are carrying out our own detailed field research to ensure we can make a decision about neonicotinoids based on the most up-to-date and complete evidence available."

Luis Morago, at campaign group Avaaz which took an anti-neonicotinoid petition of 2.2m signatures to Brussels, said: "This is the first time that the EU has recognised that the demise of bees has a perpetrator: pesticides. The suspension could mark a tipping point in the battle to stop the chemical armageddon for bees, but it does not go far enough. Over 2.2 million people want the European commission to face-down spurious German and British opposition and push for comprehensive ban of neonicotinoid pesticides."

Keith Taylor, Green party MEP for South East England MEP, said: "For too long the threat to bees from neonicotinoids has been dismissed, minimised or ignored. It is, therefore, good to see the European commission finally waking up. Bees have enormous economic value as pollinators and are vital to farmers. Let us hope that we're not too late in halting the dramatic decline in their population."

Scientific evidence has mounted rapidly since March 2012, when two high-profile studies found that bees consuming neonicotinoids suffered an 85% loss in the number of queens their nests produced and showed a doubling in "disappeared" bees who got lost while foraging. Neonicotinoids have been fiercely defended by their manufacturers, who claim there is no proof of harm in field conditions and by farming lobbies who say crop yields could fall without pesticide protection. Some neonicotinoid uses have been banned in the past in France, Italy, Slovenia and Germany, but no action has yet been taken in the UK. A parliamentary committee is currently investigating the impact of neonicotinoids on all pollinators and found evidence raising "serious questions about the integrity, transparency and effectiveness of EU pesticides regulation".

On 16 January, the European Food Safety Authority, official advisers to the EC, labelled the three neonicotinoids an unacceptable danger to bees feeding on flowering crops and this prompted the proposal produced on Thursday. If approved by experts from member states on 25 February, it would suspend the use imidacloprid and clothianidin, made by Bayer, and thiamethoxam, made by Syngenta, on crops that attract bees. Winter cereals would be excluded, because bees are not active at that time, and the suspension would be reviewed after two years. The European commission is also considering banning gardeners from using these neonicotinoids, although B&Q, Homebase and Wickes have already withdrawn such products from their garden centres in the UK.

"This hugely significant proposal promises a first, important step on the road to turning around the decline on our bees," said Friends of the Earth's head of campaigns Andrew Pendleton. "The UK government must throw its weight behind it. The evidence linking neonicotinoid chemicals to declining bee populations is growing. It is time to put farmers and nature before pesticide company profits. Ministers must act quickly to support safe and effective alternatives to chemical insecticides." 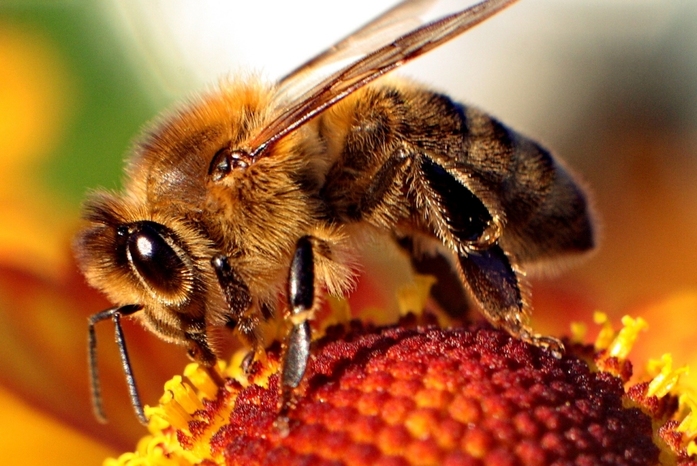 I chose this article because it displays an encouraging rapid response to an environmental problem.

-Neonicotinoids- Neonicotinoids are a class of insecticides that are related to nicotine and are the most widely used.
-European Food Safety Authority- This agency reports on matters regarding food safety, animal health, and plant protection.
-Friends of the Earth- This network of environmental organizations advocates for the environment by urging policymakers worldwide to defend the environment.

This article describes the European Union’s push for the elimination pesticides that harm bees since bee populations are falling. Farming lobbies claim that without pesticides, crop yields will fall. Others argue that pesticides should be restricted because they harm bees, which are economically valuable since they are pollinators. Neonicontinoids that harm bees would be forbidden for two years on plants that attract bees. With a majority vote in the EU, the proposals will become law and three pesticides (imidacloprid, clothianidin, and thiamethoxam) will be banned for a two-year period.

The immediate action taken by the European Union should be the rule and not the exception. Environmental problems such as the fall in bee populations should be addressed as soon as the problem is discovered. Allowing problems to persist can have disastrous results and it is imperative that in the future we respond accordingly to scientific findings such as those presented in this article.