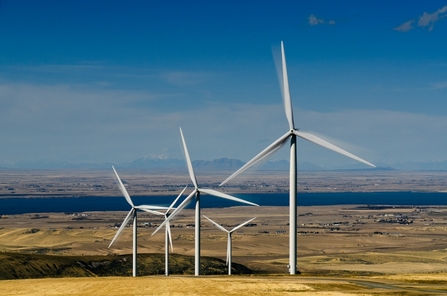 Large-scale investment in offshore wind would generate more wealth for the economy and create more jobs than relying on gas-fired power plants, a report suggested on Tuesday.

Substantial deployment of offshore wind by 2030 would have only a marginal impact on electricity prices but would boost growth, cut dependence on gas imports and reduce emissions, the report for WWF-UK and Greenpeace said.

The study by Cambridge Econometrics compared a scenario with steady growth in offshore wind capacity in the 2020s with a power system where there was no new offshore wind post-2020, with significantly more gas used to meet electricity needs.

Focusing investment on wind power would create up to 70,000 more jobs in 2030 than relying on electricity from gas-fired power plants.

According to the analysis, which comes ahead of the government publishing its gas strategy this week, GDP would be £20bn (0.8%) higher in 2030 if there was a focus on offshore wind.

The study suggests electricity prices would only be 1% higher if the UK relied heavily on offshore wind, as gas import prices are forecast to rise and the costs of offshore wind to fall as deployment is scaled up.

Carbon emissions would be two-thirds lower with large-scale investment in offshore wind than if the UK stuck with gas for electricity supplies and the country would save £8bn a year on gas imports by 2030.

The benefits to the economy from investing in wind still outweigh focusing on gas, even if gas prices are lower than expected and even if a significant supply chain does not develop in the UK, the report claims.

Exploiting unconventional shale gas through fracking will have little impact as it would be a benefit to the economy in both scenarios, used either as a domestic gas supply or exported if the UK was relying more on wind, the report said.

Environmental groups have been critical of George Osborne's backing for a second "dash for gas" instead of aiming for low-carbon investment, with support for new gas-fired power plants and tax relief for unconventional shale gas exploration in the UK.

They warn that failing to include a target to slash emissions from the power sector by 2030 in the recently published energy bill will undermine investment in renewables after 2020, after which time support for low carbon power is unclear.

WWF-UK and Greenpeace warned that the failure by the government to provide certainty for investors is likely to undermine decisions to invest in the renewables supply chain in the UK and the jobs and economic benefits it would provide.

Prof Paul Ekins, of University College London, said: "Much of the debate around the choice between gas-fired and offshore wind electricity generation in the years post-2020 assumes wind is more expensive.

"This study presents powerful evidence to the contrary.

"The results show it is a great economic, as well as environmental, mistake not to include the 2030 target in the energy bill .

"Such a target, by giving greater assurance to investors of the post-2020 direction of travel of UK energy policy, is a no-regrets option, encouraging investors to locate their wind supply chain in the UK, but representing the right economic choice even if that does not happen."

I chose this article because it challenges the common perception of energy sources.

-WWF- The World Wide Fund for Nature is an organization that addresses issues such as conservation and restoration.
-Greenpeace- This organization has offices internationally and campaigns for environmental issues such as deforestation and global warming.
-Fracking- Hydraulic fracturing is a process that released petroleum and natural gas for extraction.

The article presents the claim that wind power is not only better for the environment, but also better for the economy. The UK study suggests that offshore wind power has the potential to create 70,000 more jobs than power plants by the year 2030. The GDP is also projected to be higher with a focus on wind power. One of the alternative to wind power, investing in fracking, is now under examination as wind power was always considered to be the more expensive option but this article provides evidence refuting that claim. Along with the economic advantages, carbon emissions are predicted to be two-thirds lower than if the United Kingdom kept using gas for electricity.