RECOMMENDED: 8 steps to US energy security


It is also the first salvo in an escalating public battle between pipeline supporters and opponents. On Sunday, Keystone XL opponents are scheduled to hold a climate change protest on the National Mall inWashington. Organizers say they expect tens of thousands of people to attend. And they're billing it as the largest climate rally in US history. Can it work?

“For civil disobedience to be justified, something must be so wrong that it compels the strongest defensible protest,” the Sierra Club's Mr. Brune said in a statement late last month. “We are watching a global crisis unfold before our eyes, and to stand aside and let it happen – even though we know how to stop it – would be unconscionable."

History is full of nonviolent protests against everything from segregation to dictatorship, but they've met with mixed success.

"Dramatic protest events are only effective to the extent that they can mobilize people to do other things besides civil disobedience," said David Meyer, professor of sociology and political science atUniversity of California, Irvine, and author of "The Politics of Protest: Social Movements in America." "When you scan the headlines, they’re not talking about Keystone. They’re talking about guns, immigration, and sequester, sequester, sequester. This is a way to get back on the agenda."

Bill McKibben, a founder of the environmental group 350.org, was also arrested during Thursday's protest.

“We really shouldn't have to be put in handcuffs to stop KXL – our nation's leading climate scientists have told us it's dangerous folly, and all the recent Nobel Peacelaureates have urged us to set a different kind of example for the world, so the choice should be obvious,” Mr. McKibben said in a statement. “But given the amount of money on the other side, we've had to spend our bodies, and we'll probably have to spend them again.”

Supporters of the pipeline aren't standing still. In anticipation of Sunday's rally, the oil and gas industries have mobilized advocacy efforts of their own. Last week the American Petroleum Institute commissioned a poll of 1,001 registered voters across the country, concluding that 69 percent of American voters favor building the Keystone XL pipeline.

“The Keystone XL wraps new American jobs and energy security into a single common sense package," API president and CEO Jack Gerard said in a statement. "That’s why voters overwhelmingly back it, and that’s why the nation needs it and why the administration should approve it." 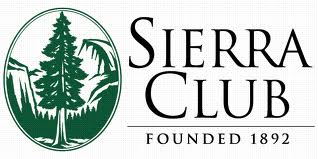 I chose this article because it is not only an environmental topic but also a political topic of which there is a lot of disagreement.

-Sierra Club- A club founded by John Muir to promote responsible use of resources
-Bill McKibben- McKibben is an environmentalist and journallist who feels the Keystone XL pipeline is dangerous for the environment.
-American Petroleum Institute- The API is a trade association for oil and natural gas in the United States.

This article covers the debate over building a pipeline from Canada to refineries in Texas. Many have protested the construction of this pipeline, most notably the Sierra Club which took part in its first act of civil disobedience in its history. The protestors hope to create awareness of the topic, as it has not been in the headlines. The pipeline has support due to the economic potential such as the jobs it will create. The protestors are concerned with climate change in relation to the pipeline and plan to hold a climate change protest in Washington DC.

The topics in this article are being debated a lot politically. The pipeline creates a problem in deciding if the economic benefits outweigh the negative impact on the environment. This topic not only has an impact on us now but also in determining our future in regards to how we get our energy and how we make decisions when the economy and the environment collide.