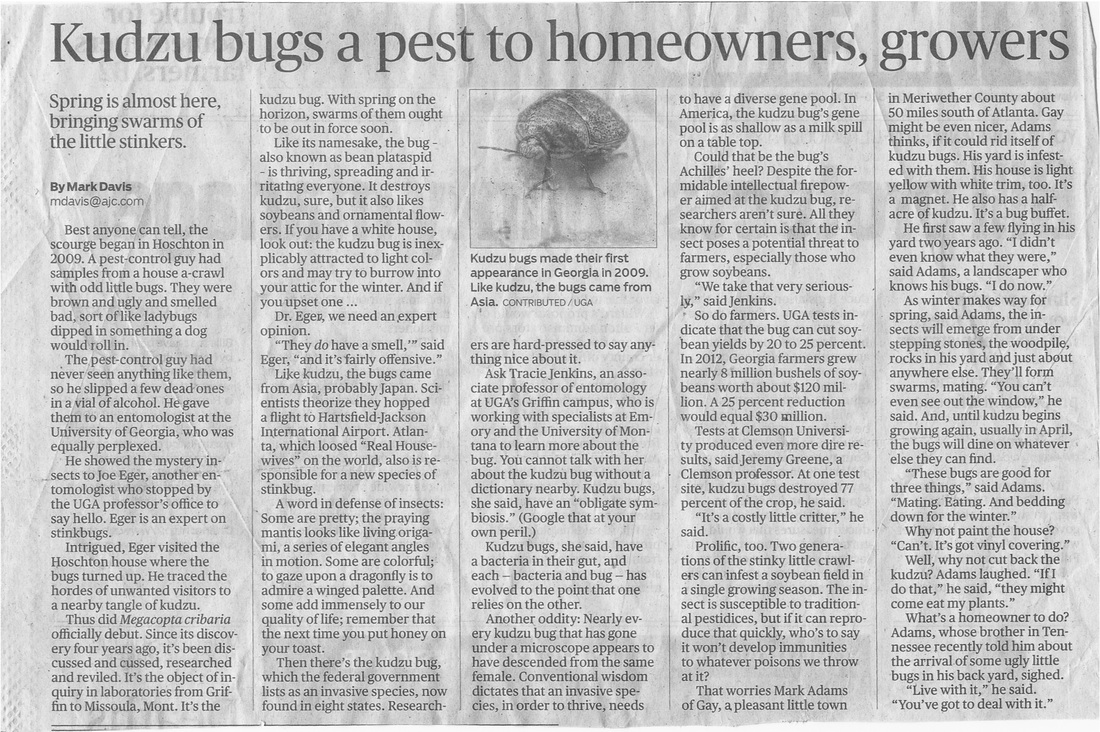 I chose this article because it discusses a local problem and shows the various unexpected consequences of invasive species.

The article discusses a new invasive insect that feeds on Kudzu. The insects have proved to be an enigma for various reasons. All of the insects seems to have originated from the same female and are believed to have come to the United States on an airplane. The insect is known as the bean plataspid and can destroy crops. It is estimated that the insect can cut soybean yields by 20 to 25 percent. The insects are also worrisome because once they run out of Kudzu to eat, they will consume other plants, particularly ornamental flowers.

This article is important because it displays a growing problem not only in Georgia but in the entire South. Kudzu is a problem in itself and now the bean plataspid is magnifying the problems. The bean palaspid may prove to be very harmful to agriculture and pose a threat in the future as their population continues to grow.