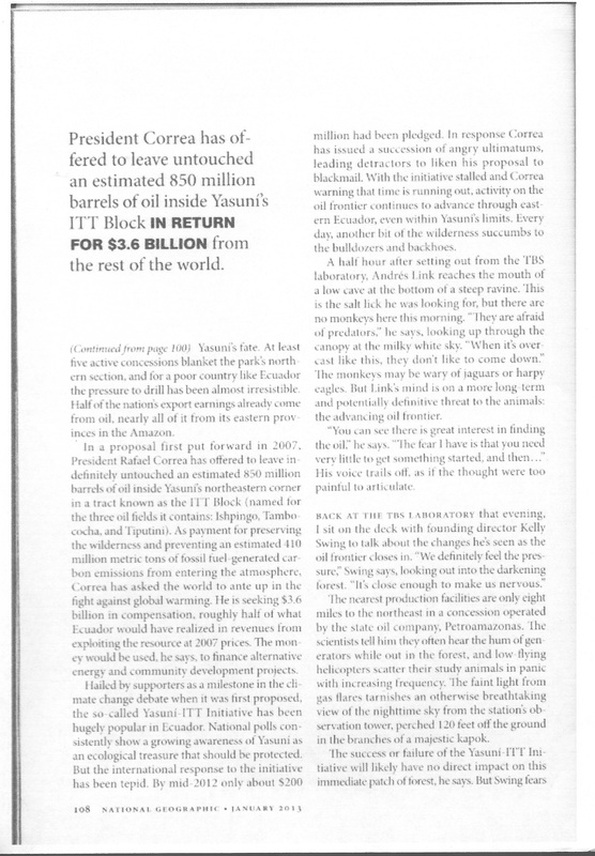 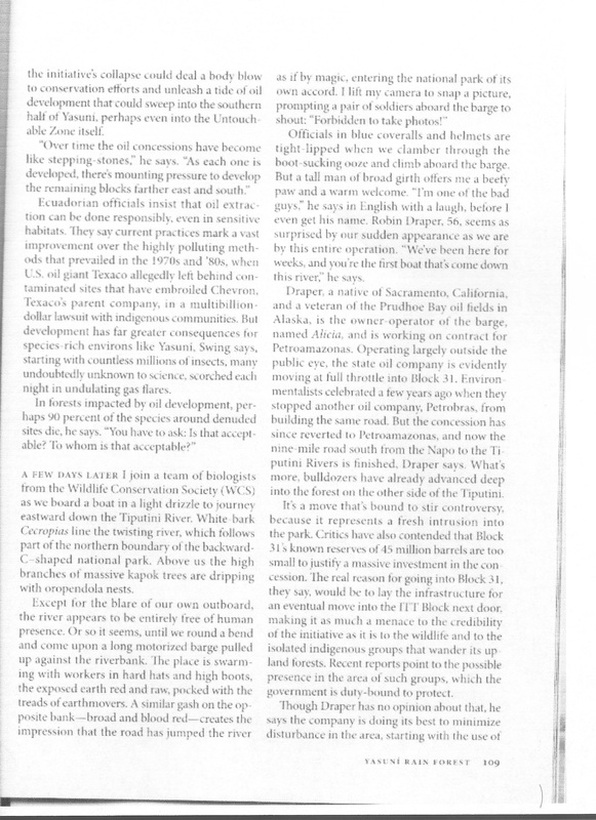 I chose this article because the debate over energy resources such as oil is a hot topic in the political sphere.

-Wildlife Conservation Society- Based at the Bronx Zoo, the WCS manages over 200 million of acres of wild areas internationally.
-Greenhouse effect- The carbon emissions generated from oil contribute to global warming and accelerate the greenhouse effect.
-Deforestation- In order to get to the oil in the forest, the companies must cut down trees therefore destroying habitats.

The article discusses the environmental impact of an oil company, Petroamazonas, exploiting oil resources in a tropical rainforest in Ecuador known as the Yasuní. The article describes the biodiversity that is being destroyed by the oil companies, claiming that as much as “90 percent of the species around” can die. The oil companies also indirectly affect the wildlife as the roads they construct allow people to go hunting for bush meat. The controversy has led to social and political disputes. The area is home to two indigenous nations that are very hostile towards the oil companies, often leading to violence. The president of Ecuador, Rafael Correa, has tried to raise $3.6 billion in order to offset the revenue that the oil would bring while avoiding the environmental destruction. While Correa was optimistic about avoiding the exploitation of the Yasuní, he realizes that in an impoverished nation, it would be more realistic to obtain the oil.

This article is an excellent reflection of how disputes over resources such as oil do not only have environmental impacts but can harm an area socially even to the point of violence. As Ecuador’s president, Correa has realized, it is important to reduce the amount of carbon emissions to counteract our contribution to global warming. While the oil companies are likely to come out victorious in this situation, the awareness of the consequences and progressive views such as Correa’s are essential to reducing reliance on nonrenewable resources that cause pollution.