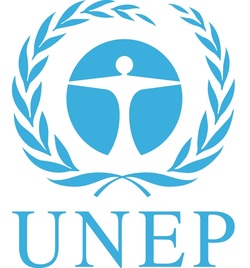 In a world where billions of people go hungry every day, the very idea that a good chunk of our global food production goes to waste sounds outrageous. But this is what happens. The problem is so serious that it has prompted the UN Environment Programme (UNEP) and the Food and Agriculture Organization (FAO) to launch a campaign to get reduce food waste amongst consumers and retailers. Several organizations are supporting the Think.Eat.Save initiative, the theme of this year’s World Environment Day on June 05th, besides national governments and other agencies with experience in targeting wasteful practices.


Experts calculate that around 1.3 billion tons of food is wasted every year. That means that worldwide one third of all food produced, totaling around US$1 trillion, is going down the drain, or better, into the trash can, due to inefficient food production and consumption systems, according to data released by FAO.

Food is lost at the production stages and waste at the retailer and consumer end of the supply chain. Developed countries in Europe, Asia and Oceania waste more food per capita than consumers in sub-Saharan Africa, south and south-eastern Asia. The former throws away 95 and 115 kg of food per year while the latter wastes six to 11 kg in the same period.

Together with the food we waste, we throw away the energy and the water that goes into the process of producing food. Regarding the equivalent energy waste, researchers from the University of Texas Austin used data from 2007 to arrive at a more precise figure showing how much energy is wasted. Michael Webber and Amanda Cuéllar took into account the energy intensity of food production from agriculture, transportation, processing, food sales, storage and preparation.

Once they crunched all the figures, the researchers concluded that 2030 trillion BTU of energy were embedded in wasted food in 2007. That is approximately 2% of the annual energy consumption in the United States based on an estimate that says that food in general used about 8% of the total energy use in the country.

This has serious implications for sustainability and emissions targets and should be factored into other conservation efforts and production proposals, the researchers said. “The energy discarded in wasted food is more than the energy available from many popular efficiency and energy procurement strategies, such as the annual production of ethanol from grains and annual petroleum available from drilling in the outer continental shelf”, the report claims.

As to water, well, if we consider that around 70 percent of water use in the world is for irrigation, we can easily see that we are throwing away a great deal of water by wasting food.

In order to tackle the problem, the food supply chain needs to be redesigned to reduce waste as well as the amount of energy used in the production process. Everyone can contribute to the solution of this problem, since with global warming will have a serious impact on food production and water availability. As global population heads towards the nine billion mark, the world cannot afford to waste time on this issue.

I chose this article because it combines more than one issue and shows how they relate to each other.

-UN Environmental Programme- UNEP assists developing countries in being environmentally conscious.
-Food and Agriculture Organization of the UN- FAO is an agency that works towards defeating hunger internationally.
-Municipal solid waste- MSW is waste that consists of everyday items thrown away by the public.

The article explains how food waste is connected to energy waste. It describes how each year 1.3 billion tons of food gets wasted worldwide. Food gets lost beginning at the production stages and spanning all the way to the consumer.  The energy lost in wasted food is more than “the energy available from many popular efficiency …strategies”. Along with energy, wasted food also wastes water especially considering that 70 percent of water use is for irrigation. Pasolini claims that we must redesign the food supply chain so that we can reduce waste along with energy used during the process.

This article shows how there is rarely just one environmental impact. Food waste is a serious concern not only because of the actual food that is being wasted, but also the energy and water that is being wasted. I agree with the article in that to improve the system in the future, the supply chain needs to be redesigned and more importantly, we must reduce waste as individuals.