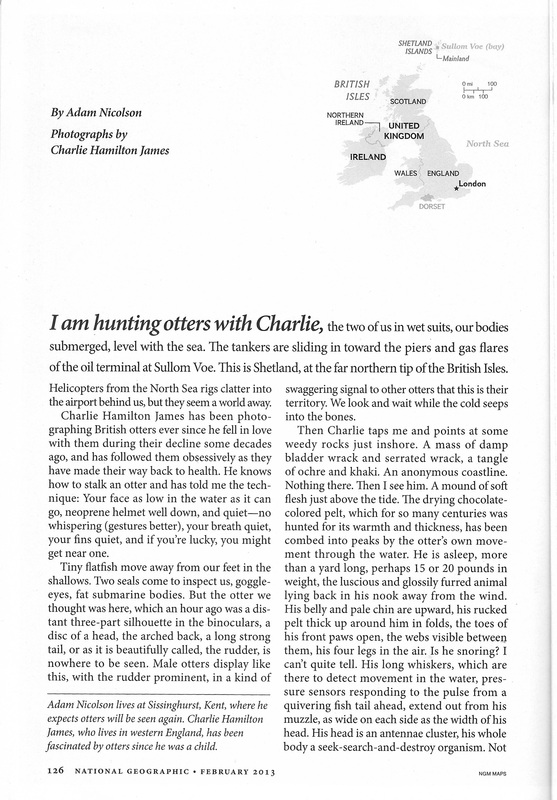 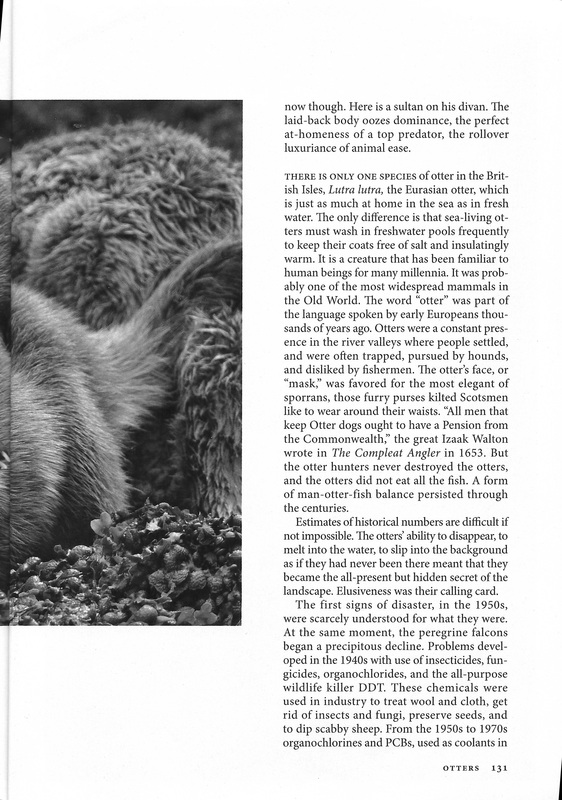 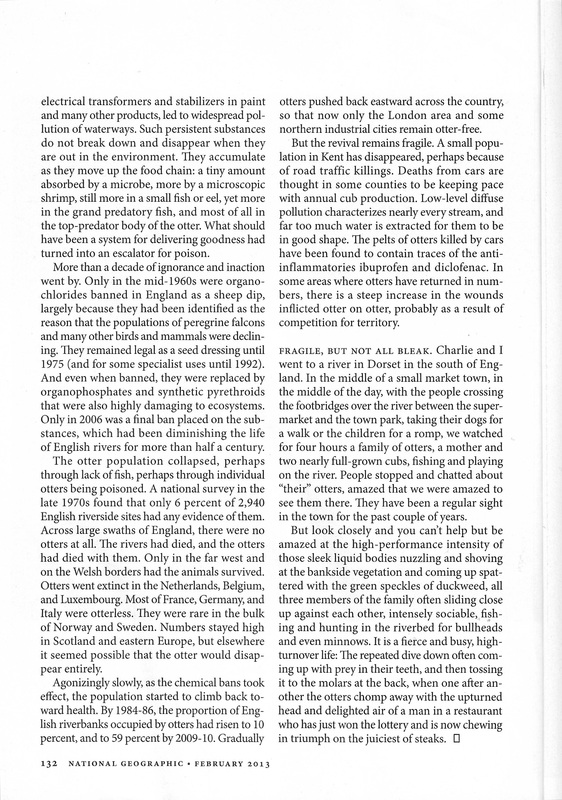 I chose this article because it shows how there is improvement in environmental issues when people act responsibly.

-DDT- A chemical used as an insecticide and to treat wool and cloth that has detrimental effects on ecosystems
-PCBs- These chemicals are used as coolants and stabilizers in paint and they pollute waterways because they do not break down in the environment.
-Organophosphates- replaced organochlorides but are also very harmful to the environment and wildlife

The article discusses the recent rise in otter populations in Europe. The population had declined starting in the 1950s due to contamination of waterways with chemicals such as DDT. In the late 1970s it is believed that only 6 percent of the riverside areas in England had otters. That number has improved to 59 percent by 2010. The increase in population started in England and the otters are now moving east throughout Europe and repopulating waterways. The increase in their population is due to the restriction of chemicals such as DDT and organophosphates.

This article is important because it shows the improvement of an environmental problem. It also displays the advantages of regulating harmful chemicals now and in the future. The article also shows that in the future, it would be wise to act quickly once we realize the harmful effects of a chemical such as DDT in order to avoid such catastrophic consequences such as the decline in the otter population.