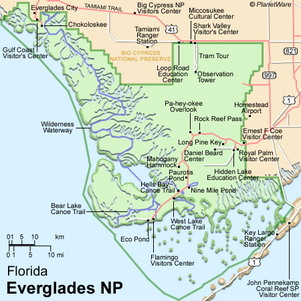 Through one of Northeastern's Alternative Spring Break programs, 11 students ventured into the Florida Everglades to clean up trash and remove invasive species from the environment.
I’ve just returned from a week-​​long Alter­na­tive Spring Break ser­vice project in the Florida Ever­glades, where I vol­un­teered along­side a group of amazing North­eastern stu­dents as they worked hard throughout the week to make a vis­ible and imme­diate impact on the envi­ron­ment. Throughout this expe­ri­ence, I watched the stu­dents form strong bonds not only through their vol­un­teer work but also over rid­dles, games, and pan­cake break­fasts at our hostel. Here is a glimpse at our week­long experience.

The envi­ron­mental prob­lems facing the Florida Ever­glades can’t be solved overnight, but a group of 11 North­eastern Uni­ver­sity stu­dents made an impact over the course of their week there.

The envi­ron­mental chal­lenges in the Ever­glades range from ocean cur­rents car­rying trash into Elliot Key to inva­sive plants latching on in areas inhab­ited by humans. Main­te­nance work by vol­un­teers and human­i­tar­ians plays a large role in keeping these prob­lems at bay. Though they surely can’t be solved during one week’s worth of vol­un­teering, the stu­dents’ work made a big impact, said Kevin Bowles Mohr, a vol­un­teer coor­di­nator at Ever­glades National Park, who noted this time of year is the busiest for both tourism and volunteering.

Throughout the week, the stu­dent vol­un­teers had no problem get­ting their hands dirty. For instance, removing Syngonium—a viney, inva­sive plant orig­i­nally from Cen­tral and South America—required more than just rip­ping off vis­ible leaves; the roots must also be thor­oughly pulled from the ground. To get a sense of how impor­tant their work would be, stu­dents were shown areas of the park where Syn­go­nium has been removed last year and now flour­ished with new, native vegetation.

“It really opened my eyes to the prob­lems that hap­pening all over the world, and this [work] cemented my belief that I’m going into a field that helps me improve the envi­ron­ment,” said first-​​year stu­dent Emily Bott.

Else­where, on Elliott Key in Bis­cayne National Park, stu­dents cleared the beaches and sur­rounding areas of trash that had washed ashore—in this case, garbage had washed more inland than normal because of super­storm Sandy. In the blis­tering sun, stu­dents filled more than 60 large bags with trash and waded through deep water to carry them and other debris above their heads and off the island.

Yet that effort was only one part of the trash removal process. Upon turning the corner toward another sec­tion of the island, stu­dents faced yet another trash-​​riddled landscape.

For stu­dent co-​​leader Lindsay Weigel, the group’s cleanup efforts in Bis­cayne put her child­hood mem­o­ries from prior park visits in very dif­ferent per­spec­tive. “As a kid, I never real­ized how much pol­lu­tion affected the envi­ron­ment and how entan­gled all the nature can become in trash,” she said. “But I also learned here how impactful it be to cut away the fishing lines around roots and restore the area to the beau­tiful, aqua-​​blue water scene you pic­ture when you think of the Keys.”


During nightly reflec­tion exer­cises throughout the week, many other stu­dents echoed Weigel’s sen­ti­ments. In fact, most of them are studying envi­ron­mental sci­ence at North­eastern and found incred­ible value in seeing  how much the expe­ri­ence could pos­i­tively impact their own lives, edu­ca­tion, and career paths.

In par­tic­ular, stu­dents expressed an under­standing for how even small choices people make on a daily basis can have major effects on an area’s ecosystem.

For one volunteer—first-year stu­dent Maddie Seibert—collecting trash at Elliott Key on the first day of the trip caused an imme­diate change in behavior. “I’m never using another paper plate at the hostel again,” she exclaimed. 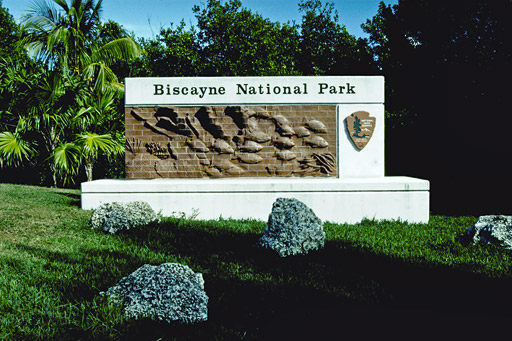 I chose this article because it shows how individuals can make a difference.

The article describes a trip made by Northeastern University students in order to help improve the Everglades. The students went to the Everglades through a spring break program with their university and helped to clean up the park. The students removed invasive species and also assisted in “restoring beach habitat for sea turtle nesting”. Removing invasive species such as the viney Syngonium allows native plants to flourish. The students also removed trash from the ocean in Biscayne National Park. The article emphasizes how the students became aware of how every day choices have an impact on an ecosystem.